When Justin Larrivee and Adrian Alphonso first brought up the idea of an Indigenous- centered trail ride in Winnipeg, Manitoba, they were unsure of the response they would receive.

They didn’t have to wonder for long: the duo’s first ride, centered around Winnipeg’s historical murals, monuments, and trails, drew over 20 people on the very first Traditional Trails ride in 2018. Cyclists looked on attentively as Alphonso and Larrivee stopped at each location to tell the group of the place’s Indigenous significance. 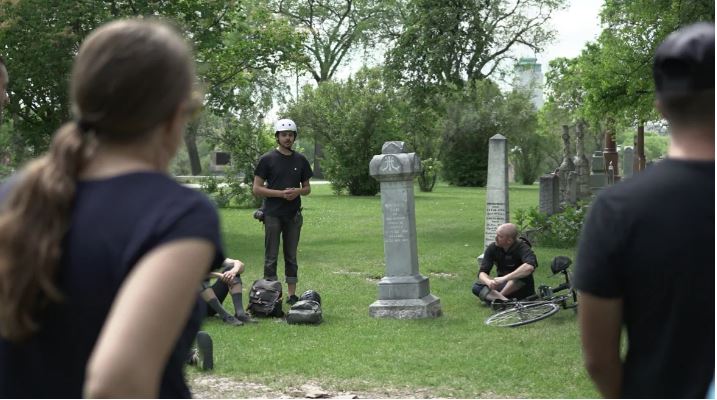 Canada’s Truth and Reconciliation commission report, finalized in 2015, set forward numerous actions needing to be taken by Canada’s government and non-Indigenous people to ensure safety reparations for Indigenous communities- also named “Calls to Action”.  One of the Truth and Reconciliation Committee Report’s many Calls to Action is centered around physical activity, and calls for the Canadian government to make physical fitness and sports opportunities equally accessible to Indigenous people.

Alphonso and Larrivee are keenly aware of the physical Call to Action, and think that their own tours can help bridge the gap between affordable and engaging physical activities. "Being able to kind of combine a traditional culture with something like cycling is really important for actually reaching that call to action," said Larrivee. 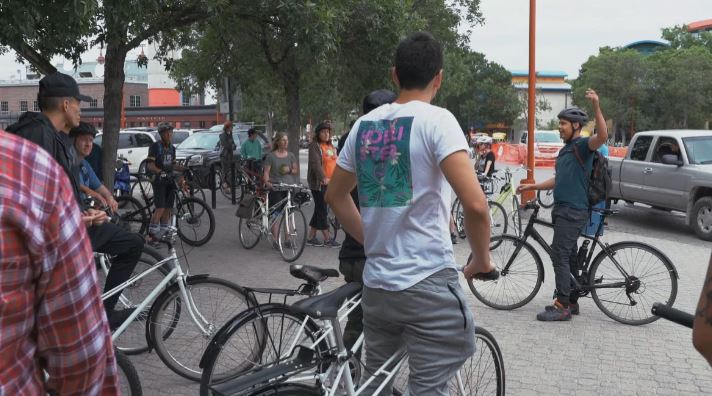 Traditional Trails has since gone on to hold many educational rides since its launch in summer 2018; and its organizers have been busy spreading the word about their work: Alphonso had planned to attend the Ontario Bike Summit’s 2020 conference as a keynote speaker and ride leader in Hamilton, before the conference was postponed due to the pandemic.

While COVID laid some roadblocks for a busy summer tour season, Traditional Trails endures, and riders last met in August. Larrivee and Alphonso hope that their work inspires settler Canadians to examine the Indigenous histories of the land they’re on, and begin Indigenous centered rides in their own communities.

Keep an eye out for future information on the OBS Traditional Trails’ special edition Hamilton ride, to be offered in the future pending COVID restrictions. Keep following the Everyone Rides Initiative’s newsletter to stay informed.

To read about Hamilton’s own Hamilton Regional Indian Centre (an ERI partner) and their resources, including free food banks for all, click here.