Sunset Memory Rides, and a Contest for Spring

All photos taken by Theron Pierce unless otherwise noted

This past Sunday night at sunset, when the soaring temperatures in Hamilton had retreated and no longer threatened to overwhelm my winter-adjusted body, I went for a long bike ride. The route I chose reminded me of languid summer nights in 2019: cycling on a SoBi bike behind 200 Hamilton GlowRiders as electronica music pumped through the air around us, and rollerbladers with fairy wings and bubble sticks expertly wove between us like a royal escort to the waterfront.

Images: Hamilton GlowRiders gather in September 2019 for the last ride of the season Credit: Ramucy Photography.

Shortly before the September 2019 GlowRide, I had carefully decorated the SoBi I was riding with lights- little unicorns from the dollar store-- and placed an ice cream battery lamp in the bike’s basket. My efforts were well intended, but paled in comparison to the neon visions around me; many whose SoBi bikes (and bodies) were lit with shifting LED wires attached to their limbs,and rotating disco balls that shed light fragments around them. 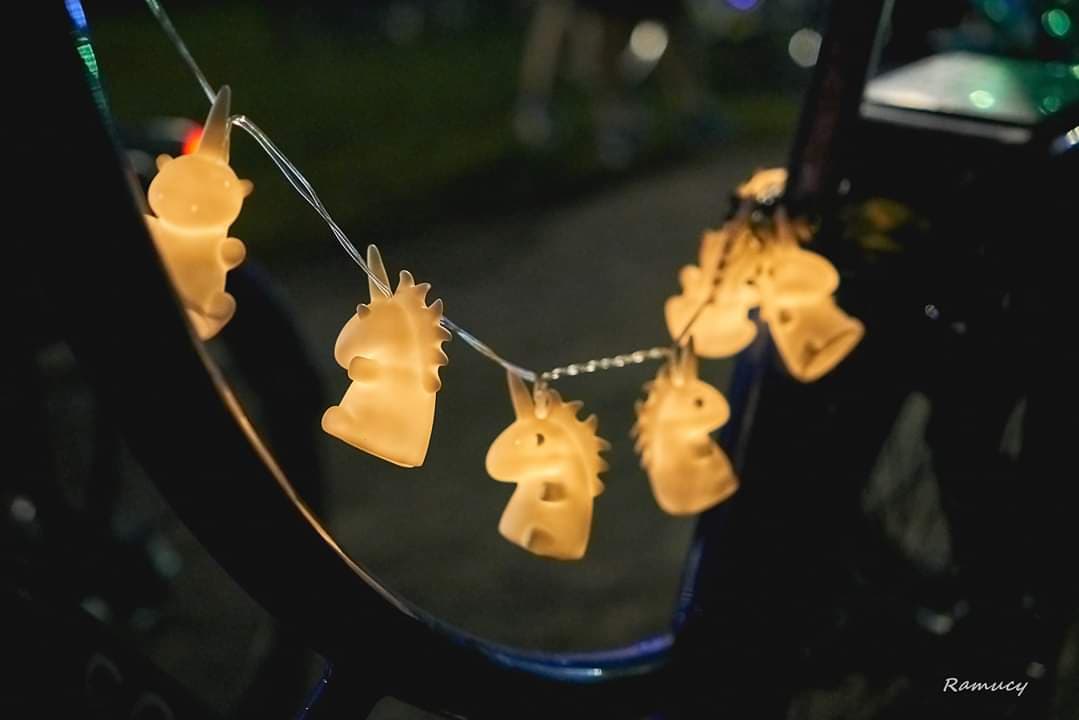 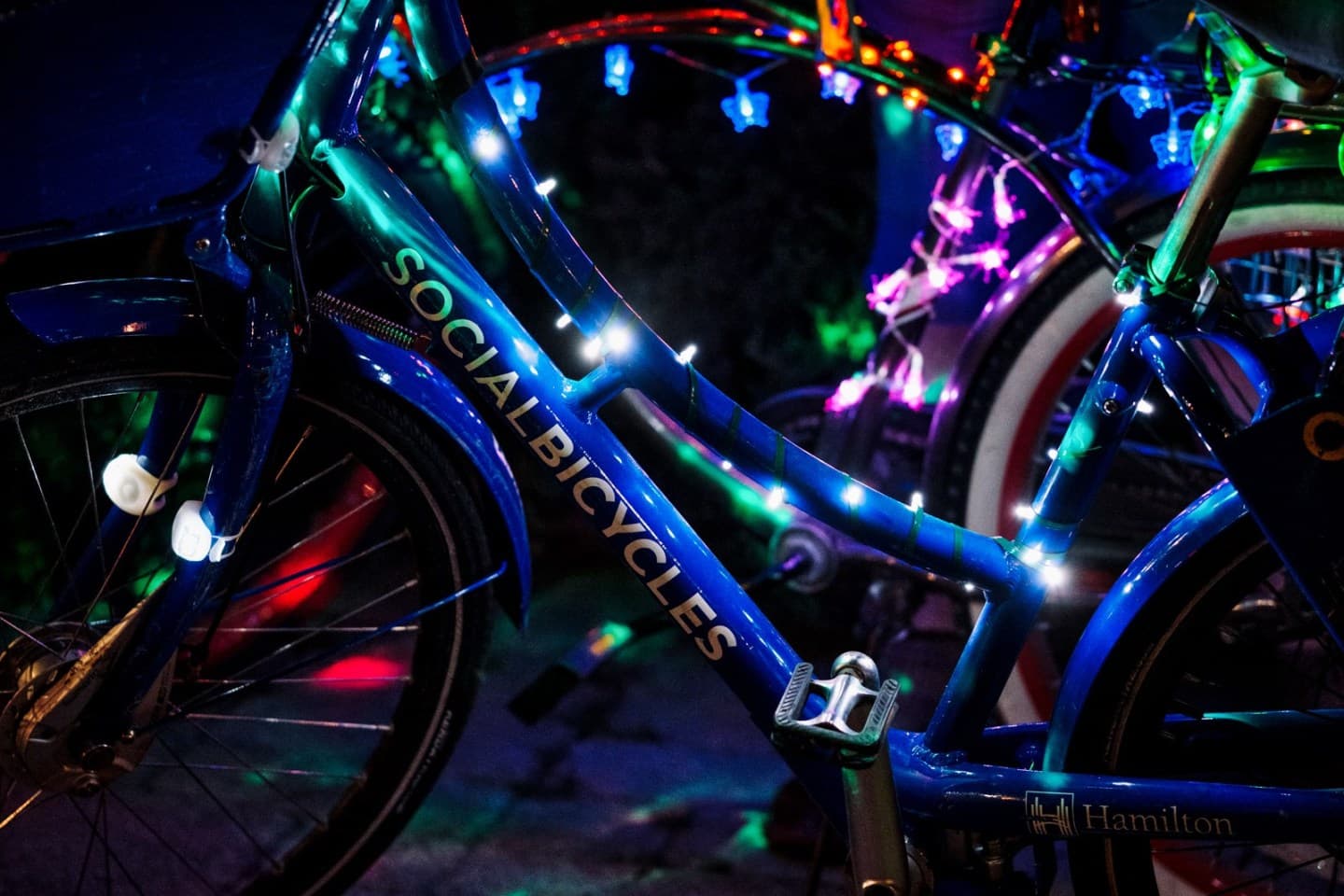 Returning to the present day, May 2020: As I descended Aberdeen Street hill towards Princess Point, it was jarring to see the road ahead of me empty. There were no bikes adorned with luminescent glowsticks and fairy lights, no children looking around in wonder at the mobile disco around them as they rode beside their parents. The GlowRides, usually beginning each year in May throughout the summer months, are on hold. And yet, I still felt a thrill while riding alone towards the water.

The air grew thick and heavy with humidity and the scent of lilacs as I reached Princess Point and went over the Waterfront Trail bridge, just as the sun was sinking in the west. The view took my breath away, and as I was taking photos I almost missed the cyclist to my right looking pensively over the water; a scene I had to capture the best I could before the sun retired for the evening.

I kept riding over gravel and pavement, stopping frequently to look behind me at the setting sun. As I passed the corner that marked my progress from Princess Point towards Bayfront Park, I looked over the water a few feet away and caught my breath, not entirely sure what I was seeing. A swan’s head rose from the shallows, glancing in my direction briefly before the bird slowly set out across the water, seeking out its nest to retire within for the night.

I entered Bayfront Park’s boat launch area just as the sky shifted to pastel shades of pink and blue. There was a dock facing westward, and somehow, no one had claimed it for a viewpoint. Rolling the SoBi to the end of the pier, I stood and watched as the sky changed to dusk; thinking of how the next time I’d be here, the trees and lilies would be in full foliage, whispering around me on the wind rolling over the water.

When I find beautiful places, I tend to return to them again and again- and in that moment at the pier, I mourned that I could not be several hundred places at once as Hamilton ushered springtime in. We do live in an age of technology, however, that might let myself and others who chase out familiar spots see more of the beautiful city around us.

On that note, the ERI is proposing a photo contest: Send us a photo of springtime cycling in Hamilton. We will choose a photo and feature it in our next newsletter, and on our social media. If your photo is selected as the winner, you’ll receive 5 free ride credits.

Be sure to stop safely when taking your photos, and we look forward to seeing what springtime in Hamilton looks like through your lens.