Keeping Six, a Hamilton harm reduction organization aiding people who use drugs, responded to criticism from advocates on October 21 after tent encampments downtown were forcibly removed by Hamilton Police in the pouring rain. The organization, alongside doctors, the Hamilton Community Legal Clinic (HCLC), and Ross and McBride LLP, won an injunction in late July preventing police from displacing homeless Hamiltonians living in tents during COVID-19.

By September, Hamilton Police were growing impatient, and some city counsellors were criticizing the encampments' effects on their residents. The police moved aggressively to legally strike down the ban on displacing people from their tents and thus removing downtown access to local services. Keeping Six, the HCLC, and Ross and McBride LLP workers protested this plan, and on October 1, an agreement with the police was created.

Police were now required to assess residents living in tents individually, granting them permission to stay where they were if their camps had no more than 5 tents total, were not closer than 50 metres away from a play area, and most importantly, had nowhere else to go. Residents living in tents were to have full agency over their belongings and receive support in finding housing; as well as time to move into indoor shelters and temporary housing. In addition, people experiencing severe mental health distress were to have compassion and leniency with their living arrangements, and extra support from police and the city despite the ban on displacement being lifted. 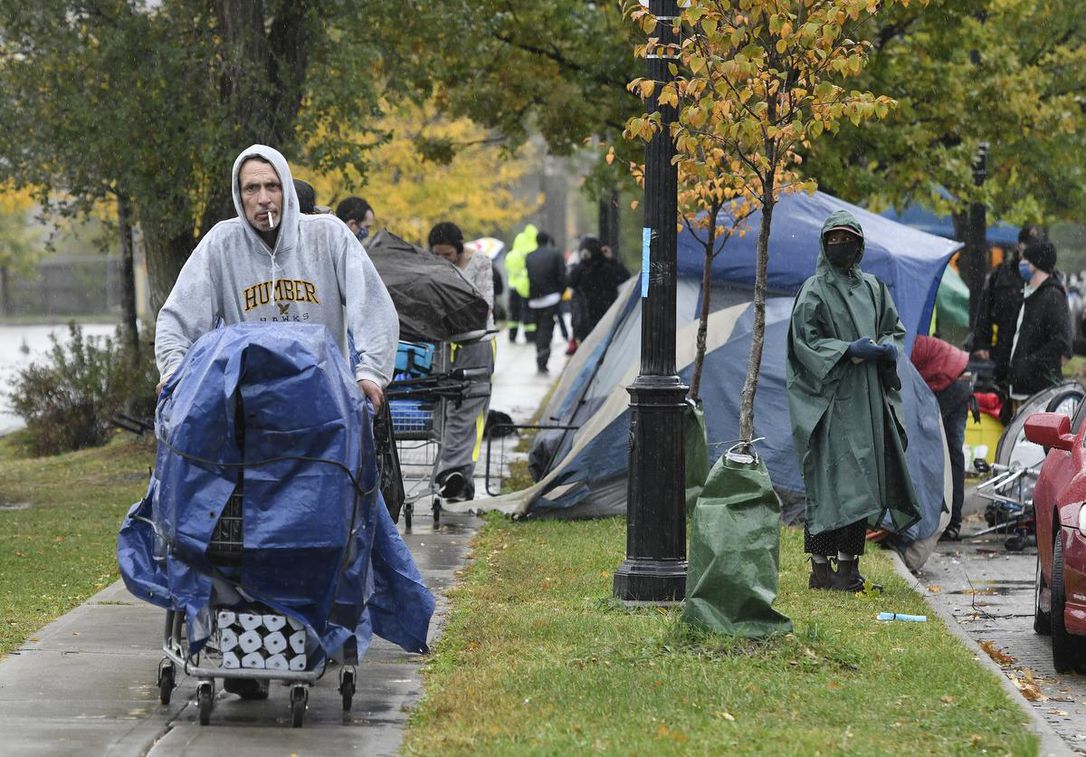 Instead, Hamiltonians living in encampments on Ferguson street and FirstOntario plaza found themselves woken up and forcibly displaced by police with no notice or accommodation into the pouring rain on October 15 and 16. Garbage workers tossed tents into trucks up and down the avenue. On October 23, a man came to his tent in Beasley Park after visiting the Wesley Center only to find his belongings on the back of a city truck. Only after many hours of arguing with the police and receiving support from harm reduction intermediaries did residents living in tents in Beasley Park receive their belongings back. Hamilton Police never admitted that their actions were not in line with the dignity and respect built into the removal of housing agreement they had signed. 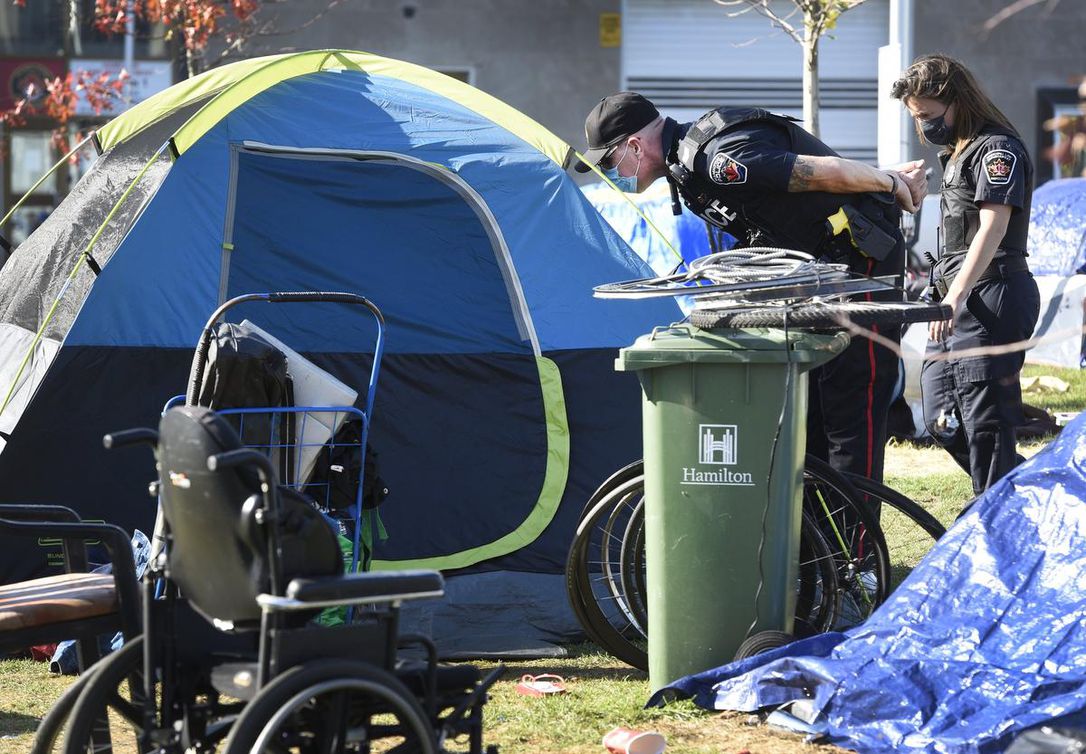 Keeping Six has responded to the events of harm from police against the homeless, saying, “the process of forcing people from their homes into further uncertainty, in the driving rain no less, was utterly inhumane. Many have questioned and criticized us for being party to it.  We hear and accept your criticism, and are committed to reflecting on it.” The harm reduction organization has called for a greater understanding of what it means to be homeless on Indigenous land, and provided resources for support and understanding on their site.

As the weather turns colder and the days grow darker, it is crucial to understand, in line with Keeping Six’s statement, that homelessness is so much more complex than simply being an individual choice. Systemic inequities, including underfunding of resources that should be accessible to everyone, such as mental health care and affordable housing; in addition to shelters often being crowded and unsafe, lead people without housing to take care of their needs the best they could in tents close to the resources they require. Hamiltonians without housing in the city are still Hamiltonians deserving of respect and dignity; care that is often absent from police and city official interactions with them.

To support Hamilton’s tent residents and see actions you can personally do to help, including writing counsellors, please scroll down to the bottom of the page to Keeping Six’s resources, here.

In solidarity, the Everyone Rides Team