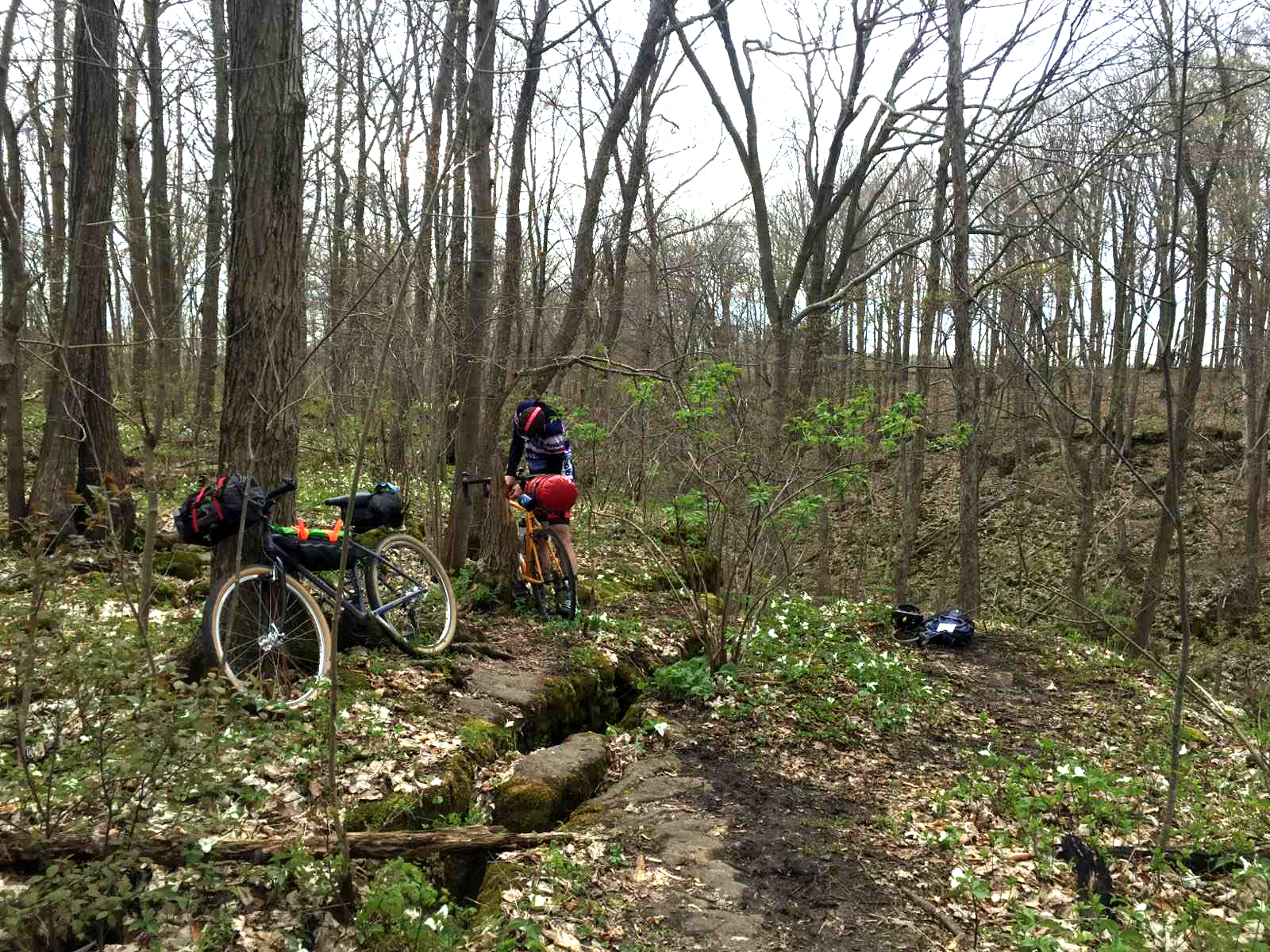 “Among the Trilliums” taken by Nate Burger, Lead Field Technician at SoBi Hamilton.

This picture was taken in the Louth Conservation Area in Lincoln, about 52 kilometers west of Hamilton. Nate and his roommate Anthony Saracino set out together on Saturday May 2nd for a bike ride. They were equipped with camping gear, the promise of a familiar route, and a desire to explore. Nate and Anthony have been friends since grade school, and have biked from Hamilton to Welland to visit family many times before. And so, the start of their route was planned: Ridge Rd into Beamsville, onto Vineland towards Balls Falls Conservation Area. Nate and Anthony zigzagged through Beamsville and stumbled upon Staff Road, they decided it looked interesting and ventured downwards. Louth Conservation Area had not been on their list of possible destinations when they set out, so it was a new and unexpected discovery for the cyclists. Once in the Louth Conservation Area they found themselves in a valley and had to carry their bikes for a while. While the valley might not have been the best area for biking in hindsight, Nate and Anthony decided it was beautiful nonetheless, and were glad they ventured off course and found it.

The picture Nate took is a few kilometers into the Louth Conservation Area, where the two cyclists stopped for rest and a snack. Pictured here is Anthony and the bikes among the trilliums, the scene inspiring the photo’s title. With daylight still remaining, they biked into Welland and onwards to Merritt Island, where Nate described how “the New Canal, the Old Canal, and the River [Welland River] meet.”

Nate describes the trip from Hamilton to the Louth Conservation Area as taking 3-4 hours by bike. He states that, “if you are averaging 20 km/hour, it should take you 3 hrs.” Nate also describes this route as, “not for the faint of heart, but a great challenging ride for beginners thinking of trying longer rides [not too many hills].” The route Nate and Anthony took, described above, is predominately on rural roads with low vehicle traffic.

I asked Nate how COVID-19 has affected his cycling: “I have only been cycling with my roommate [Anthony], instead of with other friends from different households. It has forced me to explore more - I have found different routes and back roads. And I have found a lot of beauty and new routes that are not too far away, and in my own backyard. It has also made me really appreciate Niagara. Biking along and seeing the blossoming cherry trees, orchards and the rolling vineyards - you might as well be in France”.

The Everyone Rides team would like to thank Nate for submitting his photo, and remind you that we are still accepting cycling photos to feature in our newsletter and on social media.