A few weeks ago, I received an email from Thea (Manager at the Everyone Rides Initiative), asking if I would be interested in volunteering- I’d be taking over Thea’s share of card deliveries during their much deserved vacation. During the pandemic I have been responsible, adhering to physical distancing, wearing my mask, and limiting my immediate circle. All this to say, I’ve been going a bit stir crazy without human interaction, even though I have been out on my bike almost every day. I jumped at the opportunity, and said yes. After Thea dropped off the cards and rider toolkits and explained my instructions, I was ready to go! 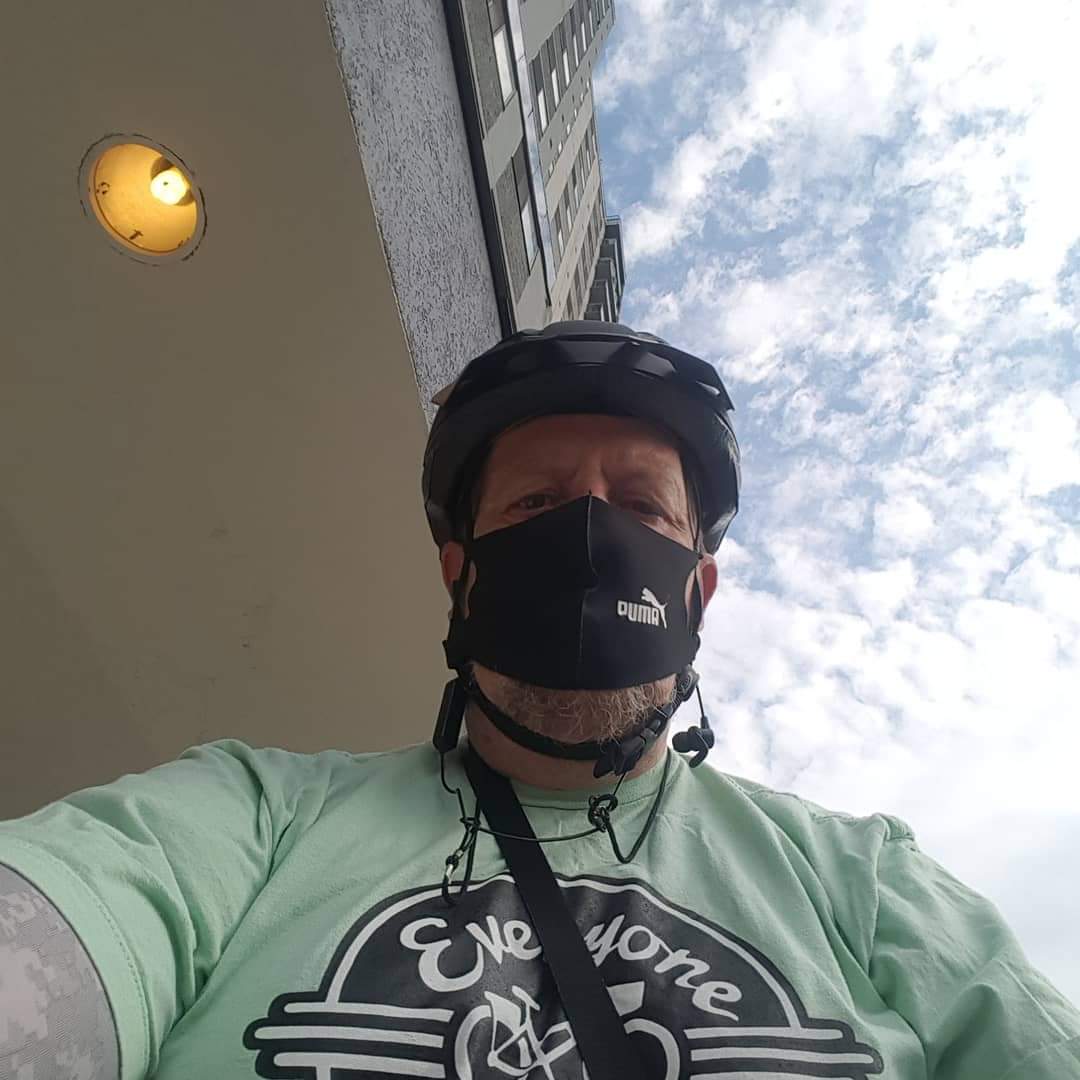 My first delivery took me on a scenic trip to Dundas. On the way, I stopped at York and Dundurn waiting for the light to turn and had a conversation with a gentleman about the Everyone Rides Initiative and Hamilton Bike Share. He was new to Hamilton and didn’t understand how the bike share system worked. Educating him on how to get riding was a great opportunity that I would repeat over the following two weeks. Going between Hamilton and Dundas to deliver cards afforded me time to do some route planning, and I made sure to include the Cootes Drive Trail in my ride. The Trail has plenty of turtles and deer at different times in the day, so make sure to keep an eye out! On the way back from Dundas, I noticed menacing clouds, and hoped I would get home before the rain hit. Later that day, I decided I would do the next 2 deliveries and waited out the rain. Once it had stopped, I set out-- but I had just gotten to the first address when the thunderstorm hit. I sought out some shelter under a building’s awning, and watched the intense storm. I guess the number one lesson for me that day was to make sure in future I took a couple of extra Rider Toolkits and cards with me, just so I didn’t have to run home during a thunderstorm. 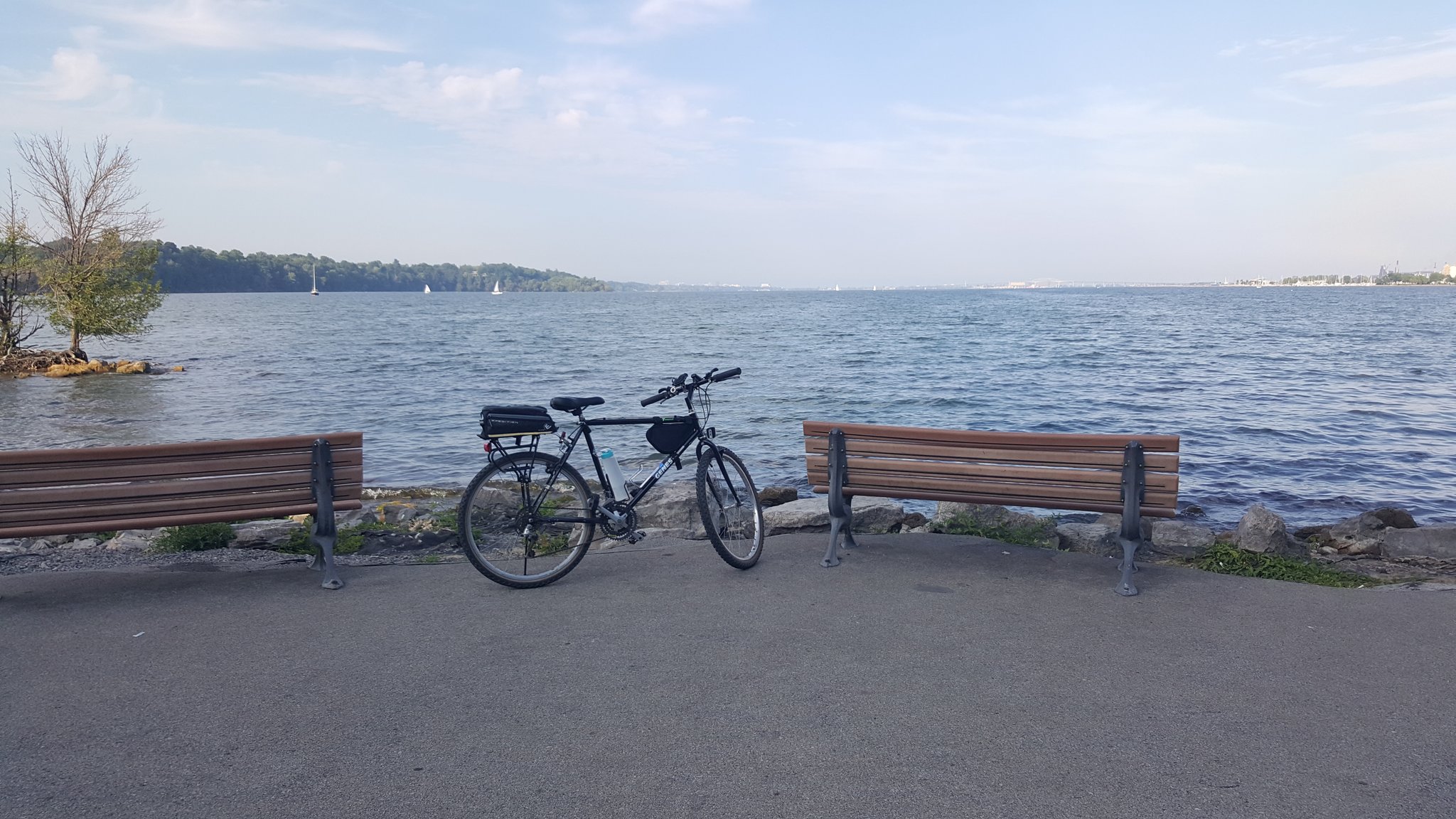 In that first week I did have a couple of hiccups and missed connections, where I had to go back to try delivering a rider’s card again. After those times, I had a catch-up phone call with Theron (Equity Coordinator at the Everyone Rides Initiative) and got some instructions about how I could leave the ERI Rider Toolkits and cards someplace safe and describe where I left them to the person I missed. Thea also suggested that I block my number when I call riders (as a way to protect my privacy), which had its own set of challenges due to a lot of people not answering unknown name phone calls. I remember that one person in West Hamilton mistakenly gave us his father’s phone number instead of his, which is easy to do because who remembers their own phone number, right? To sum up, as someone who loves riding my bike and exploring the city, I really didn't mind doing return trips. And because I was challenged in August to complete the Great Cycle Challenge to fundraise for children’s cancer research, the extra kilometres helped me reach my goal! I definitely posted to social media a couple of times when I was out wearing my Everyone Rides t-shirt- it’s a great advertisement for the program.

The second week of volunteering got off to a slow start, and I was frequently checking my Google sheet (yes, I learned how to check and edit a Google sheet!) for new deliveries to bring excitement. However, despite the low number of card deliveries, an opportunity to talk about the Everyone Rides program was always just around the corner, it seemed. Quite a few of my deliveries that week were within minutes of where I live, so they were quick and easy. One was in an apartment building, and right outside the building was the Hunter Street bike lane, where a landscaping company vehicle was blocking the lane. I had an unfruitful conversation with the operator of the vehicle about moving, but that led to a conversation with another gentleman nearby about Everyone Rides, Hamilton Bike Share, and bike lanes; before I delivered a Toolkit and card to the person requesting it in the building.

On Thursday of my second week volunteering, I made a post to the Hamilton Caremongering Facebook group about the Everyone Rides Initiative (I think it got the most likes and shares I have ever received on a Facebook post!) and on Saturday, I posted a similar callout to my Twitter- you know, just to get the word out. 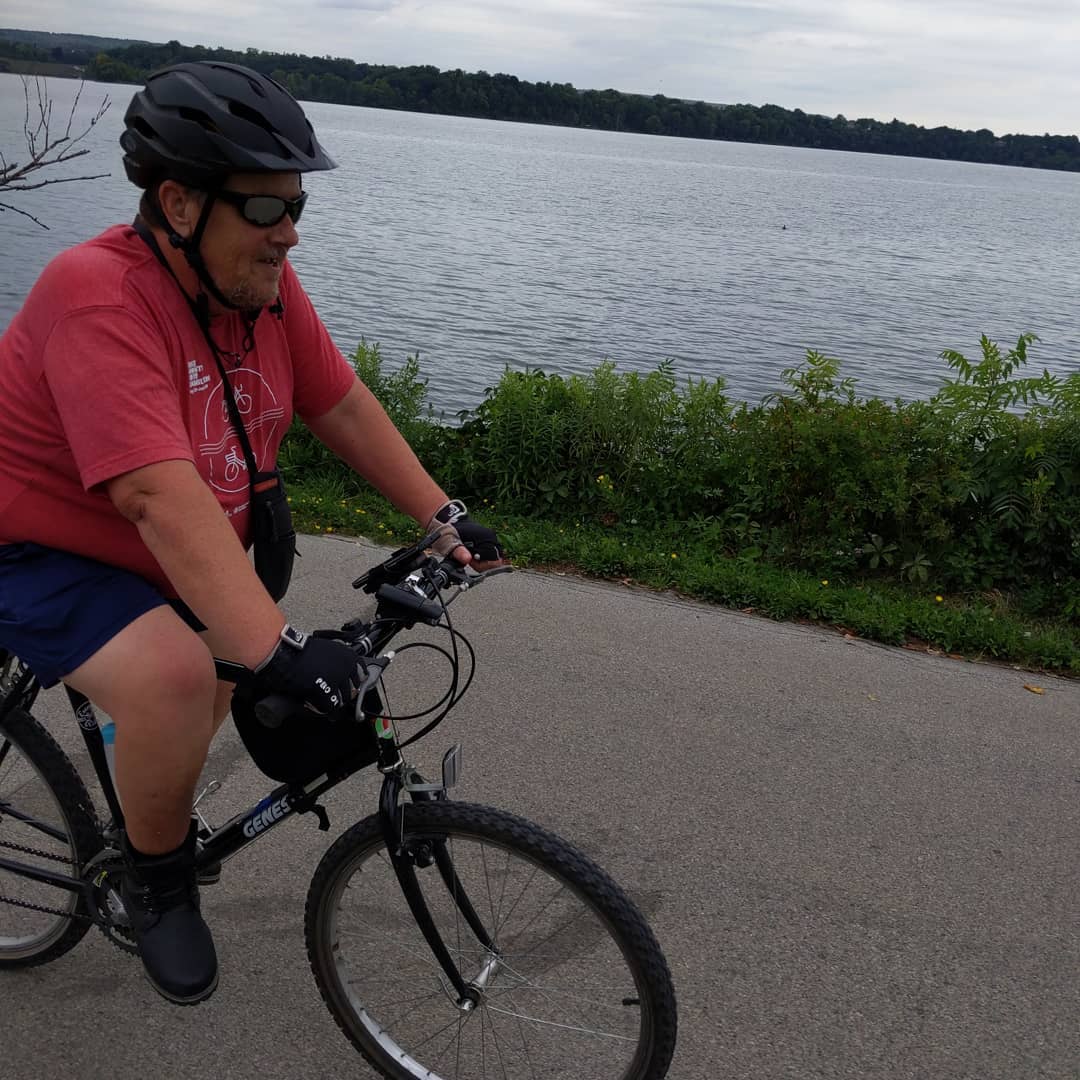 On the weekend I thought I’d do some deliveries (7, actually) and figured I could get them all done late in the day as most were in the same area. Two were unreachable and I didn’t see any place to securely leave the card- by the time I had reached the last address on my list, I made contact with the first 2 people and chose to drop them off the next morning- remember the part where I said I love to be out on my bike every day? On Sunday I set out to deliver to the 2 riders I missed on Saturday, and the second rider was a wonderful older lady who had a few questions: about adaptive bikes, how to carry her cane on a SoBi, and how grateful she was that Hamilton Bike Share and the Everyone Rides Initiative was up and running.We talked about quite a few things- mostly current issues in the city- and before I knew it, we had talked for over 2 hours! Only with the threat of heavy rain and a few drops already falling on us did we part ways.

To summarize, here’s a couple of things I’ve noticed over the last few weeks: a lot of people in Hamilton need and appreciate Bike Share, and they need programs like the Everyone Rides Initiative. The age range of people I connected with on my deliveries was 16 to 70+.  This pandemic has been hard on people of all ages, and folks are craving a human connection: someone to talk to, listen to, and just be there.

So if you are looking for a great, healthy, and fun way to volunteer and connect with people, give the Everyone Rides Initiative a call or email, and give it a try. Seeing the joy on people’s faces when they receive a safe, affordable way to get around the city was incredible for me. I am sure that if you volunteer, your help will be appreciated by many.