Aaron Parry is a local graphic design artist and writer whose works have drawn attention for their beautifully detailed, multidimensional depictions of Hamilton’s Black histories and accomplishments. Parry’s collaboration with the Afro Canadian Caribbean Association (ACCA) led to the release of the ‘Deeply Rooted’ a historical colouring and activity book in 2021.

Deeply Rooted, written for children between 3-12 years of age and designed to be an educational resource, aims to fill a void within Canadian educational and local history: that of the accomplishments and lived experiences of influential Black Hamiltonians upon Ontario and Canada as a whole. The book was commissioned by the Afro Canadian Caribbean Association (ACCA), and Parry was signed on to illustrate the content, which he also chose and  researched.

When the ERI first noticed Parry’s stunning work in Deeply Rooted, we decided to ask him more about his process in creating the activity book and his other projects. 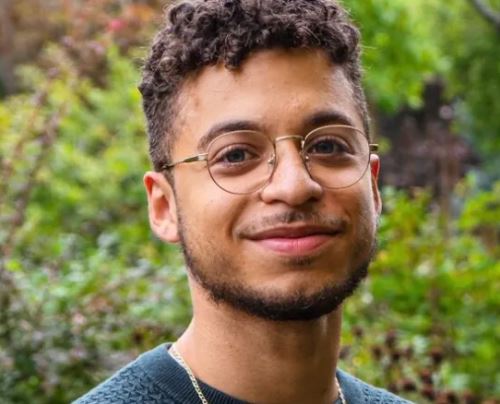 When asked about his previous artistic projects and how he first started illustrating, Parry shared that his father, a professional artist, taught him and his brother different artistic mediums from a young age. Parry remembers choosing to center his art around Black history and culture consistently, expressing his joy in creating his current series "Harlem in Vogue", where, “[I continue to] create digital art pieces that fuse elements of contemporary Black culture with art styles from the Harlem Renaissance era”.

Read on to hear more about Aaron Parry’s thoughtful and revolutionary work, below.

Theron Pierce (TP): Hi, Aaron! Did you and the ACCA collaborate on the book's content? If so, which of the local histories in your book would you say were most meaningful to you to illustrate?

Aaron Parry (AP): The content of the book was definitely a collaboration between the ACCA and myself.

While much of what I included was guided by the [local Hamilton Black history] book "The Journey from Tollgate to Parkway" by Adrienne Shadd–a decision made by ACCA President Evelyn Myrie– I was also helped by the advisory committee; put together by ACCA, and made up of local youth and elders from the community.

This [committee] was extremely valuable, since I was getting insight from folks who have been living in Hamilton for a lot longer than I have and actually have firsthand experience with living through some of the historical moments included in the book. 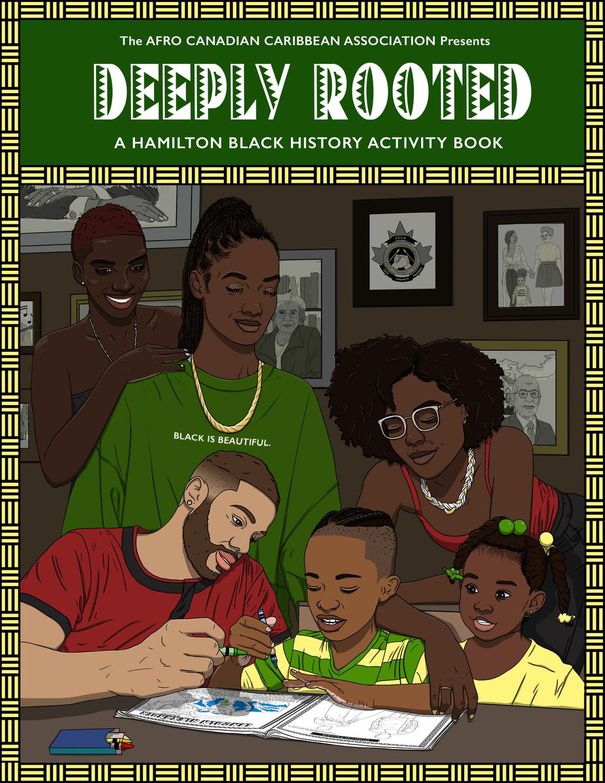 TP: That’s amazing to hear about the multi-generational impact of Black lived experiences on the book’s production.

The book is only 10 pages, but packs a lot of educational content. Did you want to explain a bit more about how you chose the topics within Deeply Rooted?

AP: Having been a student around here [at local schools and McMaster University], I was able to know firsthand the amount of Black history that is omitted from school curriculums– so I drew a lot from my own experiences in that respect, to further guide how many topics the book would focus on. Since [many] school curriculums focus solely on the underground railroad, I put a lot of focus on including different topics like sports, health, activist history, and others, while also finding ways to represent the diversity of local Black communities.

TP: It’s needed, absolutely- I know my own Canadian education excessively focused on the underground railroad, when Black histories were even mentioned at all (in university, and not even public schools for me!) So, where is the activity book available now in Hamilton, and how can someone purchase it or access it?

AP: The Deeply Rooted activity book is currently available [to request] online at the ACCA website as well as [in print at] The Juice Kitchen (located at 560 Concession St, Hamilton), a local Black-owned business.

TP: It’s great to know that people can still request and take home this resource. Thank you!

Parry has also collaborated with the Hamilton Black History Council and ACCA  to create a local Black history archive: the Black History Database has just been released to the public! I thought I might also ask Parry about this project, and what it means to him.

TP: You mentioned in one interview with CBC News that you were always asking your aunties about Black history in Hamilton when you were younger. What has been your family's reaction to your work on the database; and did you include any of your family’s stories and accomplishments in there? 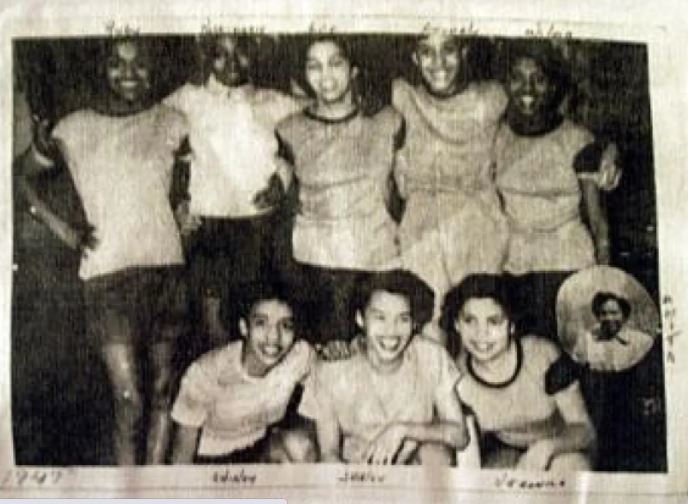 AP: My family was extremely happy and excited when I showed them what I did with the Hamilton Black History Database. Knowing that I'd always been interested in Black history, they saw it as a perfect fit for me work-wise and were proud to see that I took a lot of their lessons to heart.

Not a lot of my family's history reflects what is in the book, since my family is originally from Winnipeg, but something in particular that I made sure to include was a portion dedicated to Black railway sleeping car porters [Black male attendants during the 1800s–1950s whose job on railways was to fulfill traveler needs, and who were often exploited and discriminated against].

As someone with numerous family members and ancestors who served in these historic positions, and hearing about their experiences from my family, it felt important to me to acknowledge their stories while also highlighting how local Black Hamiltonians fulfilled the same roles for decades. I think that was probably my favourite page to create [in the Deeply Rooted] activity book.

TP: Thank you so much for your time, Aaron. It means a lot to hear about Hamilton’s Black histories from someone who has spent years trying– and succeeding– to illuminate and share these histories within and beyond the city.

AP: Thanks so much. I’m happy to answer more questions about my future work, when that comes out!

Note: Aaron is now a Pedal pass holder in the Everyone Rides Initiative, which he has expressed excitement about and is very ready, after a long winter, to begin cycling around the city again.

To support and contract Aaron Parry’s writing, illustrative, and graphic design work, you can contact him at his Instagram, @aaronparryart